There she stood in the doorway; I heard the mission bell
And I was thinking to myself,
This could be Heaven or this could be Hell
Then she lit up a candle and she showed me the way
There were voices down the corridor, I thought I heard them say...
Welcome to the Hotel California
Such a lovely place
Such a lovely face
Plenty of room at the Hotel California
Any time of year
You can find it here.
. 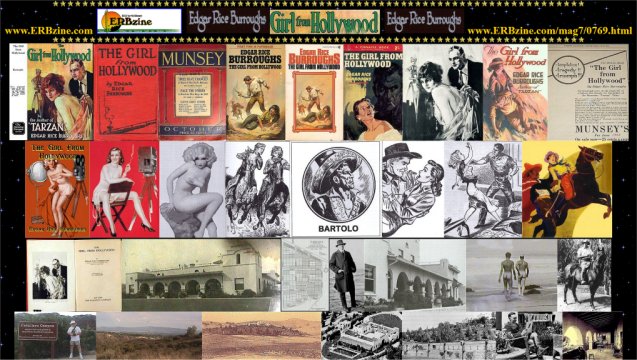 BILL HILLMAN
Visit our thousands of other sites at:
BILL AND SUE-ON HILLMAN ECLECTIC STUDIO
All ERB Images© and Tarzan® are Copyright ERB, Inc.- All Rights Reserved.
All Original Work © 1996-2014/2018 by Bill Hillman and/or Contributing Authors/Owners
No part of this web site may be reproduced without permission from the respective owners.