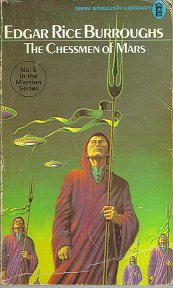 Feibush, Ray
Ray Feibush was a British artist born in Liverpool on 22nd January 1948. At a young age he moved to the U.S. with his parents and attended Forest Hills High School in NY. Later, he moved back to England and began painting LP record covers and later as a cover artist for Panther books and NEL including Edgar Rice Burroughs Chessmen of Mars and Robert Heinlein's Podkayne of Mars. He may have done the cover for the NEL edition of Warlord of Mars but this has not been confirmed. He died in June 1998 aged just 50

91 Ferm, Anders
Anders Ferm  (Artists)
Sweden
Dutch Tarzan and Korak cover, Swedish student who did the covers for one Tarzan and one Korak cover

Fibiger, Milan
Milan Fibiger: M.A.(Artist, book illustrator, rock musician)
Prague. Czechoslovakia
www.milanfibiger.com/web
EDUCATION
1979-1983 SUP Praha (Publicity art)
1984-1990 VUP (Illustration - profesor J. Salamoun)
Artist of year 2002
Artist of year 2003
Artist of year 2007
Since 1995, he has regularly exhibited his work. He uses classical painting techniques. With the technique of the black-and-white gouache, he folows the unique expression of the illustrations of Zdenek Burian.
His ERB artwork was showcased in April 2007 at the Tarzan art show in France organized by Philippe Badré, one of the leading French experts on Tarzan.

VIRGIL FINLAY (1914-1971): Virgil Warden Finlay was born July 23, 1914 in Rochester, NY. His father, Warden Hugh Finlay, was of Irish ancestry, and was a wood-lathe worker at a furniture shop. His mother, Ruth Finlay, raised their two children, Virgil and his younger sister Jean. They lived at the grandparent's home at 1220 Clifford Avenue. In 1935, when Virgil was 18 years old, his father died at age 40. This tragic event left the family to fend for themselves during the Great Depression. After high school Virgil Finlay worked as a house painter and also an assembly-line worker at a radio manufacturer. He sent unsolicited illustrations to his favorite pulp magazine, Weird Tales, and he was soon thrilled to recieve his first payments as a published freelance artist. In 1938 he moved to New York City and studied art at night classes at the Mechanics Institute, which is a socially conscious institution created by philanthropists to offer free technical classes to workers and their families. Finlay found steady work illustrating for The American Weekly. He also did interior art for pulp magazines such as Amazing, Fantastic Adventures, Strange Stories, and Captain Future. He married his high school sweetheart from Rochester, NY, Beverly Stiles, on November 16, 1938. They moved to 55 Cobalt Lane in Westbury, on Long Island, where they raised their daughter, Lail. During WWII, Finlay served in the U.S. Army as a combat engineer on Okinawa. After the war, he resumed his freelance art career by creating interior illustrations and cover paintings for Fantastic Novels, Super Science Stories, Thrilling Wonder, and Famous Fantastic Mysteries. In the 1950s Virgil Finlay worked for digest magazines like Astrology, Famous Science Fiction, If, and Galaxy. He also experimented with abstract art, creating large paintings on canvas. In the 1960s he worked for Magazine of Horror and even some DC comic books. Finaly also wrote poetry throughout his life, but it has only been published posthumously. He died of cancer at age 56 on January 18, 1971. ~  © David Saunders 2009

98 Fouad, A.
A. Fouad   (Artist)
Egypt
Tarzan movieposter from Egypt

Visit our thousands of other sites at:
BILL and SUE-ON HILLMAN ECLECTIC STUDIO
Some ERB Images and Tarzan© are Copyright ERB, Inc.- All Rights Reserved.
All Original Work ©1996-2010/2014/2020t
by Bill Hillman and/or Contributing Authors/Owners
No part of this web site may be reproduced without permission from the respective owners.