John Martin has just completed fine review on the book 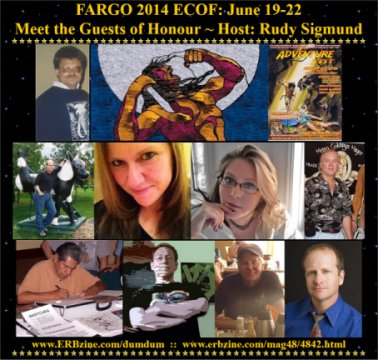 NORTHERN CALIFORNIA MANGANI MINI-DUM-DUM 2014
WILLOWS, CALIFORNIA --- MAY 30 - JUNE 1
Tom Tolley put on another great event, this time, at the Studio 6 Motel in Willows,
and at the home/musuem of Ralph and Katie Brown.
HIGHLIGHTS
Many more photos of the event are featured at their Events Webpage:
www.modernmythmuseum.com/events.html

Display of Collectibles from Tom's Collection
.

Don Gray with part of his collection on display.
.

TARZAN OF THE CASINOS

BILL HILLMAN
Visit our thousands of other sites at:
BILL AND SUE-ON HILLMAN ECLECTIC STUDIO
All ERB Images© and Tarzan® are Copyright ERB, Inc.- All Rights Reserved.
All Original Work © 1996-2014 by Bill Hillman and/or Contributing Authors/Owners
No part of this web site may be reproduced without permission from the respective owners.