From Burroughs Bulletin No. 2
A Review by Bob O'Malley

From the Thomas Yeates Tribute Site
www.tarzan.org/yeates
Follow the progress of Rob Hughes'
Graphic Novel and Film project at:
www.outlawprince.com

Outlaw of Torn and about 20 more of ERB's titles
Illustrated and Serialized Weekly
ALL FOR ONLY $1.99 PER MONTH
SUBSCRIBE NOW 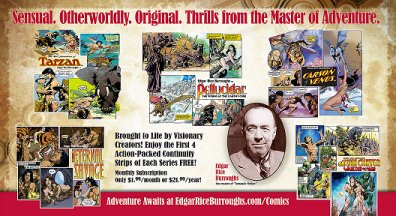 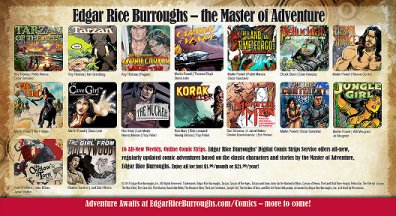