. . to the children. He also gave the Grand Chief a knife. All of which may account for his popularity.

The next morning (December 10) I managed to stay in bed until six. The day before, I was up at 4:20, which was about the time it commenced to get light. When I left Honolulu it was not light until around seven. In less than three days I jumped from mid-winter to mid-summer, from the shortest to the longest of days of the year.

After breakfast, I went to the Q.M's to get some overseas caps without officer's braid, and met Capt. Omer T. Chaput of Natick, Mass., who turned out to be a regular Santa Claus. He drove me over to a warehouse to get the caps, and then got me a 1942 Willys jeep (they call 'em peeps down there), and a gas mask.

After lunch, I drove over to see Col. Sherman who has said that I could see the reports of officers who had seen action at the front. He told me that Chuck Shelton, who was down there with Rickenbaker, had asked him to send for Hully.

While I was working in my room, four men stopped in at different times and invited me to have drinks. Highly indignant, I refused. They had only local wine and brandy, and I'd been hearing about the local "butter-fly brandy" that analyzes 37% kerosene. One authority says 73%. Anyhow, it is so potent that it induces privates to spit in generals' faces.

Along came December 11. Met Frank J. Cuhel, Mutual Broadcasting System, who was later killed in the clipper crash at Lisbon. Major General Rush B. Lincoln signed my autograph book and got photographed by the Signal Corps while doing it.

The next day (December 12) I drove Col. Stead to the hospital. He has shingles. Then I picked up Cpl. Wold and his cameras and drove out to the 112th Cavalry camp at Dumbea. Stayed to dinner. Wold got some good shots. Major Philip L. Hooper (since made lt. col.) showed me around the camp. He was very cordial and hospitable. Asked me to stay all night, but I had to get Wold back to town. The 112th is reputed the crack outfit on the island. It has never had a man in the guard house. There was only one man on sick list the day I was there, and there is not a case of venereal disease in the entire regiment.

They use Australian horses, many of which they have had to break, as there is no remount depot within 5000 miles. Their camp is beautifully situated in Dumbea Valley beside the Dumbea River where the men bathe and swim. What use can be made of cavalry in the South Pacific, I cannot guess. What with almost impassable mountains and quite impassable jungle, it would be difficult for anyone to guess. The fact that all the feed has to be shipped in, makes one wonder all the more. But, as an ex-cavalryman and a horse lover, I'm 100% for cavalry anywhere and at any time, even though there is no use for it. It is damned ornamental.

They told me of some amusing instances during reviews held for generals. The horses were only half broken, and the reviews more nearly resembled rodeos. Hooper said they were thinking of building a corral to put the reviewing officers in for safety.

The following day being Sunday (December 13) was just like every other day. I went to D.Q.M., and Cpl. Dominic J. Biranculli of South Boston drove be over to the warehouse, where I bought a couple of GI towels. I then wandered through Place des Cocotiers (Coconut Grove to me), where I saw a large group of . . . 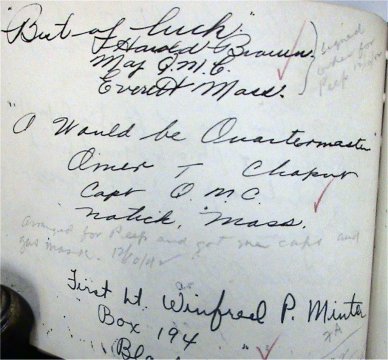 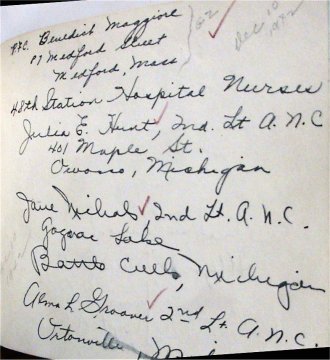 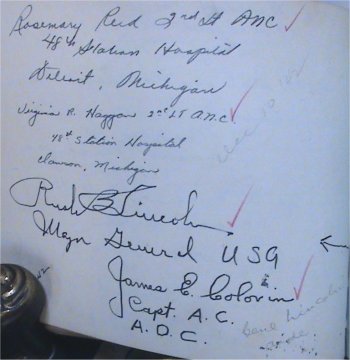 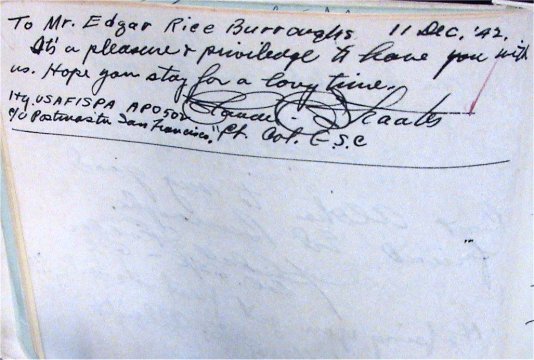 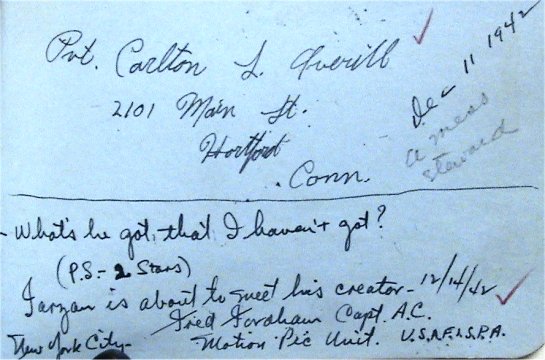 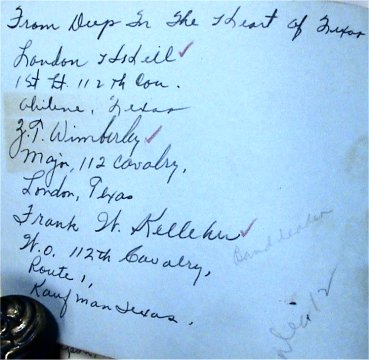 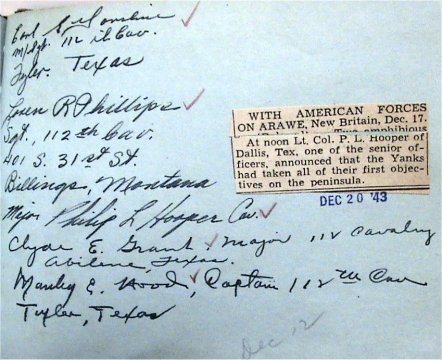 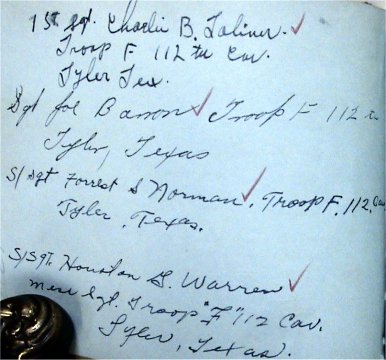 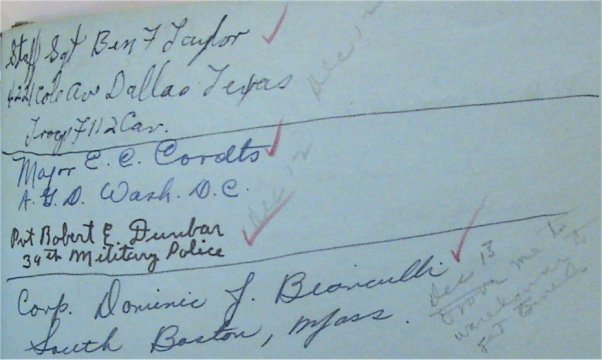 BILL HILLMAN
Visit our thousands of other sites at:
BILL and SUE-ON HILLMAN ECLECTIC STUDIO
ERB Text, ERB Images and Tarzan® are ©Edgar Rice Burroughs, Inc.- All Rights Reserved.
All Original Work ©1996-2019 by Bill Hillman and/or Contributing Authors/Owners
No part of this web site may be reproduced without permission from the respective owners.